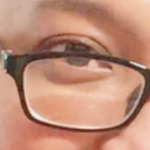 The curtain will go up again for “The Phantom of the Opera.” The show debuted in 1988 and won seven Tony Awards.

There will be a celebration of the show’s return outside the Majestic Theatre, shutting down 44th Street between Eighth and Broadway, and we’re told composer Sir Andrew Lloyd Webber will even be DJing.

The unmistakable sound of the organ means “The Phantom of the Opera” is back. So, too, is the chandelier.

“It still makes me cold because it’s just completely theatrical, and that’s what it’s all about for me,” Lloyd Webber said.

CBS2’s Alice Gainer sat down with the composer ahead of the show’s opening.

“There have been wonderful things that have been filmed during the pandemic, and we’ve been able to watch them and share them, but nothing, nothing repeats or can replicate the live experience,” he said.

In September, he stopped by rehearsal.

“We’ve had the chance to rehearse it completely from scratch again, as if it’s a new show,” he said.

It’s hard to predict how exactly he will feel once the curtain goes up — a mix of relief and elation he assumes.

“I would have to use the word joy because theater is my life and to see it back again, I think if it wasn’t my show, it would be joy,” Lloyd Webber said. “The city is dead without theater. That’s absolutely true. Without Broadway, there isn’t a New York.”

No comments to show.